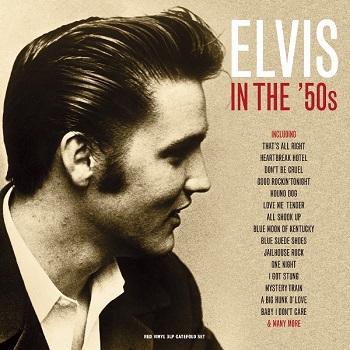 Sleeve note: There’s a reason they called Elvis Presley the King. It wasn’t just the swagger in his hips, the suggestive onstage dancing, or the sly smile that set female hearts and loins alight wherever he went. As this 3LP set, drawn from his 1950s recordings proves, Elvis’ voice was nothing less than sensational - warm and humorous, pleading and teasing and full of promise. Elvis could cajole or roar as the occasion demanded. He was capable of interpreting a lyric in a way that made it hard to imagine anybody else covering that song. And he sang this mixture of blues and country and soul - this new thing they were starting to call rock‘n’roll.
Artist