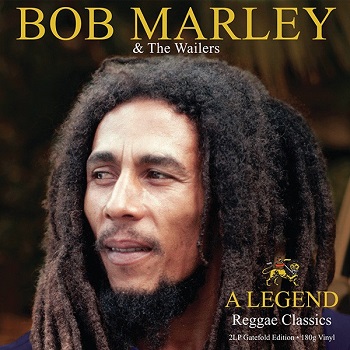 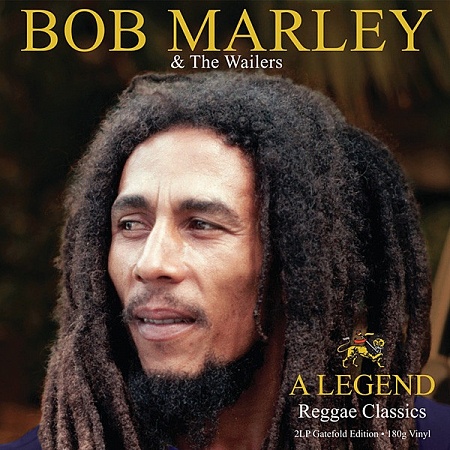 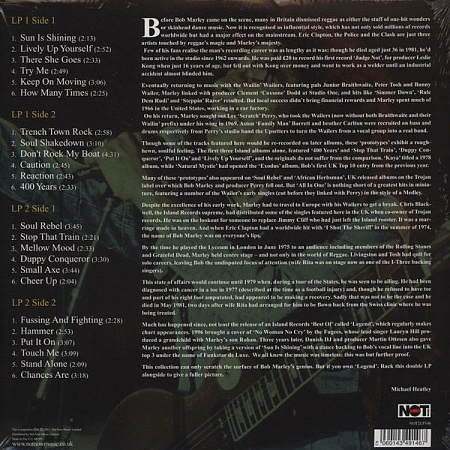 Sleeve notes:
Before Bob Marley came on the scene, many in Britain dismissed reggae as either the stuff of one-hit wonders or skinhead dance music. Now it is recognized as an influential style, which has not only sold millions of records worldwide but had a major effect on the mainstream. Eric Clapton, the Police and the Clash are just three artists touched by reggae's magic and Marley's majesty. Few of his fans realise the man's recording career was as lengthy as it was: though he died aged just 36 in 1981, he'd been active in the studio since 1962 onwards. This collection can only scratch the surface of Bob Marley's genius. But if you own 'Legend', rack this double LP alongside to give a fuller picture.