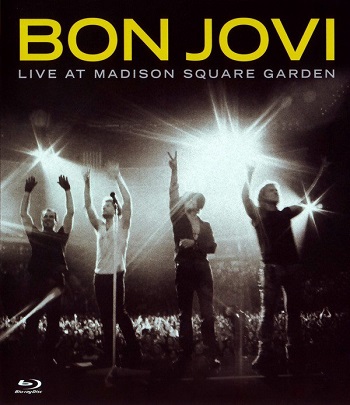 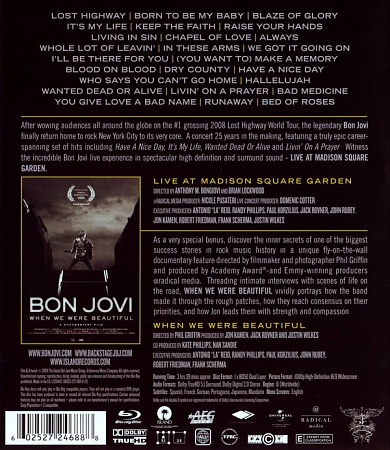 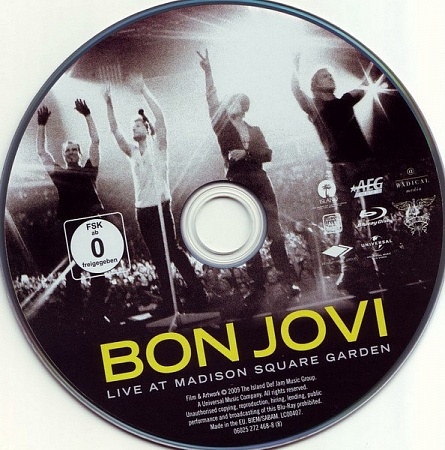 One of the world’s biggest and best live bands release an incredible document of their return to Madison Square Garden, New York City’s most iconic venue. 19 years to the day after the band first performed there, they returned to the same stage for the last date of their historic Lost Highway tour, officially the biggest tour on the planet in 2008. Created by award winning Director, Anthony M. Bongiovi and shot with 23 High Definition cameras, Live From Madison Square Garden features a career spanning set list including "Have A Nice Day", "Always", "Wanted Dead Or Alive", "Livin’ On A Prayer" and even a cover of Leonard Cohen’s "Hallelujah" that Cohen himself rates as his favourite version. This is a snapshot of a band 25 years into a record breaking career and still hitting their peak in the live arena.
The Blu-ray version contains a special extra, filmmaker Phil Griffin’s recently released Bon Jovi documentary When We Were Beautiful. Following the band on 2008’s world tour and panning back through their history, it is a fascinating insight into the workings, art, camaraderie, ups and downs of a truly megastar rock band.